A Slovinian form Gac; the name comes from a common word >gać< a bundle of dry twigs, branches used for supporting the dams or the dikes; situation of the village upon the river is interpreted in German - Speck. The sanctuary

"Gackie Lęgi" where water and mud fowl is protected neighbours the village. 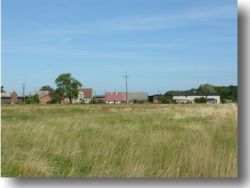